Experts Say Vast Deserts, Absence Of Life, May Indicate Mars Was Once Run By Conservatives 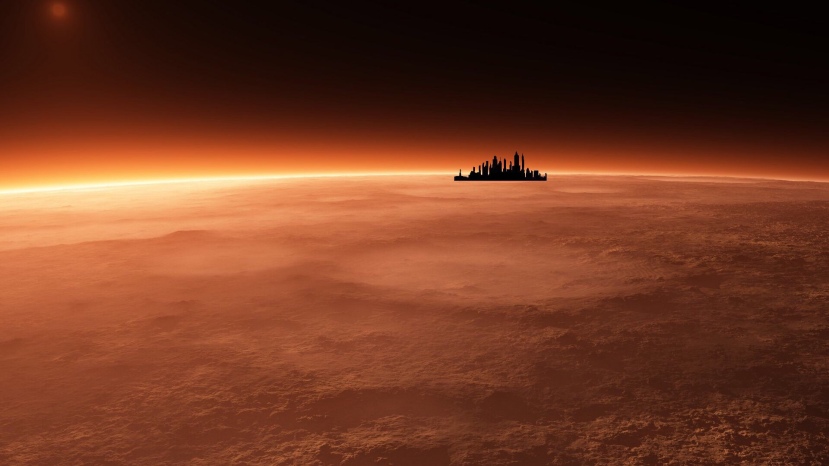 In a recent revelation, published in the respectably obscure scientific journal Knock Knock Who’s There Science Science Who Too Late, a team of experts from the University of Atlantis released their analysis of what ultimately caused Mars to become a barren dustbowl of shattered galactic dreams: entirely avoidable environmental disaster coupled with unresponsive conservative governance.

“While the fossil record on the red planet appears to have been mostly destroyed by the last Martian governments, who went to some lengths to attempt to hide the scale of their stupidity from eternity, we still managed to turn up compelling evidence that these guys knew this shit was coming. But they chose not to act because: dividends. Those weekend houses on Phobos don’t pay for themselves, it would seem.”

Dr. Philemin goes on to say that one of the most striking discoveries the team made was that Martian governments – which, unlike Earth’s, followed a quasi-democratic model that disproportionately favoured telling lies, telling sweet little lies – seemed largely unwilling, or unable, to tackle any and all problems with a time frame greater than four Mars’ years. Coincidentally the length of time between most elections on the now lifeless planet.

“Weird, huh?” says Dr. Philemin, staring expressionlessly out of the window of his office, at a highway packed with traffic, weaving around the port of Miami (where the U of A maintains a remote campus) – in which enormous ships sat waiting to bring untold tonnes of plastic crap to the shores of a place that produces plenty of the stuff itself. And other vessels stood by, ready to take mostly obese passengers to new locales in which to stuff their faces. And buy more plastic shite.

“We even discovered an ancient script, quoting what seems to have been one of the last Martian leaders. A spectacularly short-sighted individual whose name time has erased, this character memorably claimed that the warnings of his leading scientists – who told him that their planet was destined to become a dust factory – were a hoax. Because they had an agenda. Which appears to have been wanting to avoid extinction.”

The researchers are quick to admit there is little practical application for their work.

“As a planet that appears to have once been home to approximately 7 billion inhabitants, that was drained of its resources so that a few of them could build yachts to sail on the red seas, while the rest of them used discount airlines to scour their globe for meaning and wistfully elected governments who promised the end wasn’t nigh – when in fact it was half-past – there really aren’t any ready comparisons to be made. Certainly not in this solar system.”

But, he adds, if any earthlings should feel the need to raise their gaze from the trough of fossil fuels, here on the endlessly resilient paradise we call Earth, the uninterestingly irrelevant study can be read in its entirety at This Probably Doesn’t Affect Us.

View all posts by Paul Duncan